It started quite simple. A nameless event on Facebook where a bunch of the past and current international students of my Hochschule were invited, with for only guidance the order to keep the day free.

Then all of us who did observe the cryptic event’s suggestion were rewarded with an updated invitation ; 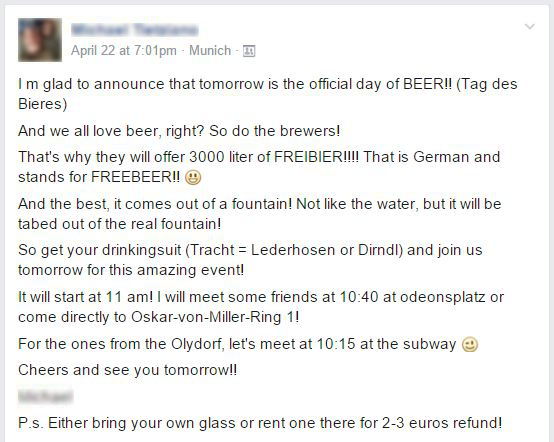 We arrived early morning. I had met up with an exchange student from Turkey, Damla, to hand her one of my multiple Maß (The huge 1 liter beer steins they use in Bavaria). We then quickly headed to the right place.

A different kind of BYOB event; Bring your own bock, the beer is on the brewers dime!

Meeting the other lederhosen clad lads we waited not so patiently in the crowd that was slowly but surely getting denser by the minute.

Carefully surrounding the taps installed in the middle of the tiny plaza. The queen of Bavaria and Queen of hops, surrounded by cameras, waiting patiently to start serving the Bavarian nectar.

Most of us hadn’t eaten breakfast yet. We all figured, with the German purity law, two liters of beer are like a whoe bread loaf after all ? 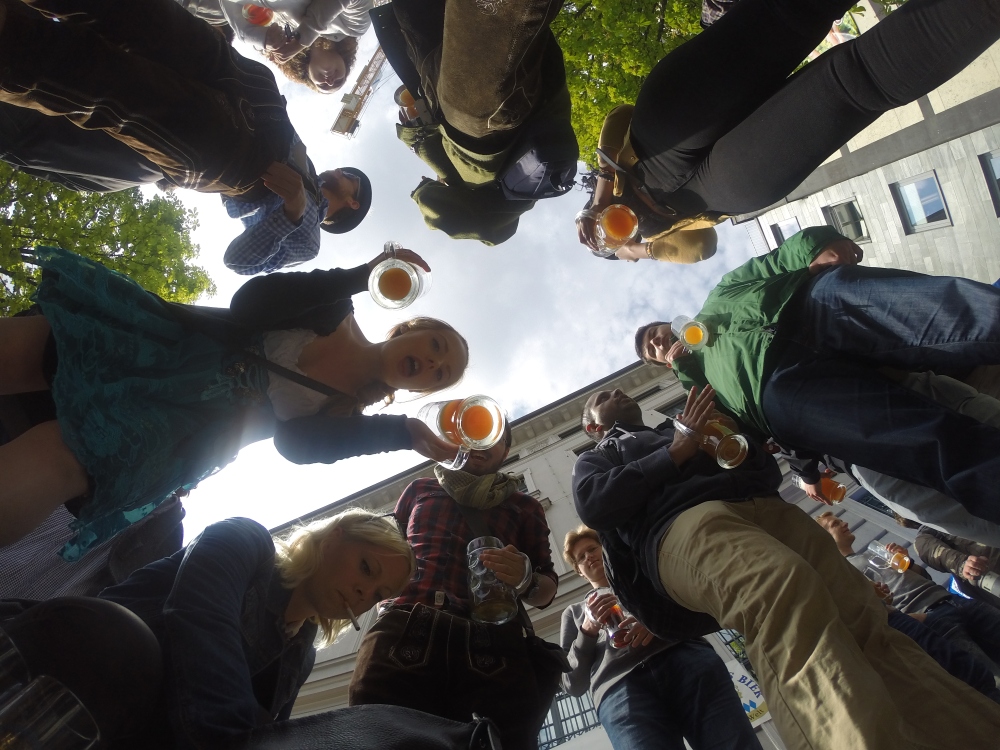 Hours later, a few liters more in the belly, I raced to the tap in order to try and get some more of the precious liquid.

Maybe I should get some Dunklesbier this time ? 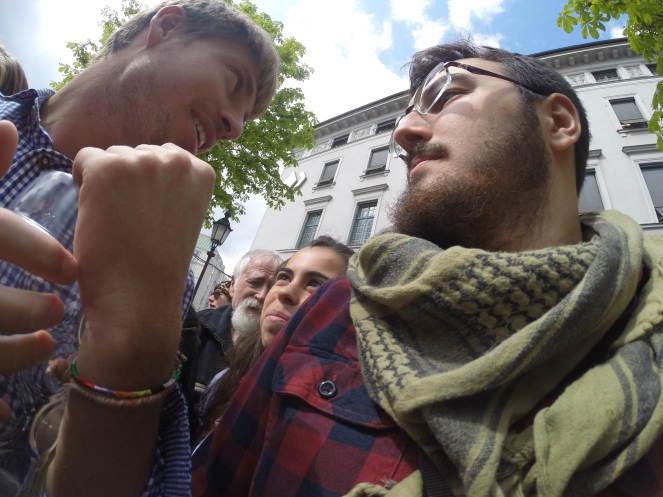 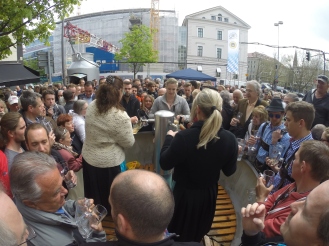 The queen of hops has been replaced by regular servers !! 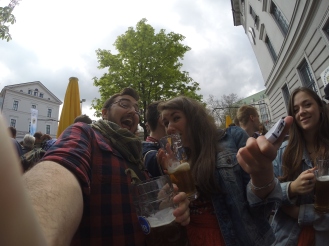 Then, to make it even better, we headed to the Spring festival, to finish the day off!

One of our friends made a nice video that really captured the spirit of the day ;

If you are in Munich in April 2016, do not miss it for the world. Half a Millennium of good beer!